Kophis and the Bull of Heaven

Miffed by some hard-to-impress Minoans, Kophis takes matters into their own hands and turns theirself into a divine bull. Explicit.

Kophis sat on a hill that hadn’t been there yesterday with their chin propped against their hand and a scowl on their snout. Down below the chalky limestone outcropping where they sat, the settlement of Tira glimmered with firelight. The breeze that rolled in off the wine-dark sea carried the scent of food freshly cooked for the sake of some festival or another. It was all Linear A to Kophis; one festival was just as good as any other for their usual scam: show up claiming to be a deity, score some free festival food in the form of ‘offerings’, and spend the night transforming humans consequence-free.

Usually humans were easy to impress. Make a flashy entrance, show off with a spell or two, and they’d be tripping over their own sandals trying to ply Kophis’s favor with offerings. Sometimes just having the head of a fox did the trick. But the people of this backwater island clearly didn’t know a god when they saw one. Or when they saw a trickster pretending to be a god. Either way. One of them had even asked if they were a jackal, of all things.

With a dismissive snort Kophis rose from their seat and trudged back up the hill to the sanctuary at its peak, which, like the hill itself, also hadn’t been there yesterday. The ‘hill’ was less of a hill and more of a mobile island that could blend in with its surroundings wherever it was placed. Though it wasn’t exactly an island, and it wasn’t entirely not a hill either.

In any event, they could easily have picked their island-hill up, sanctuary and all, and moved it somewhere more receptive to their deception. But that wasn’t the point any more. The people of Tira had scoffed at their entrance, refused to believe their claims of godhood, and worst of all, they had called Kophis ‘petty’.

Now it was personal. The thought that they might overreact to some minor slight was preposterous. They’d show the people of Tira how un-’petty’ they were—and they had just the tool to do it, too.

A couple do a whole toon TF schtick, except their toonselves are the opposite gender. Wild! Explicit.

Anna had a few moments while she pulled her shirt over her head to say, "There's something you should—," but that was as far as she got. Taylor kissed her again, then she wrapped her arms around his bare back and pulled him down onto the bed with her.

Their third date was going well.

They were both still in their socks, fumbling one-handed with their respective jeans, eager and anxious and a little shivery. Taylor rolled onto his side while Anna lifted her ass off the sheets and started kicking off her pants.

Cocking her head toward Taylor, Anna said, "I should tell you before we—mmh." Before she could finish, their lips met again. Anna leaned against Taylor, her hand resting on the middle of his chest, feeling the heat of his body and his quick pulse. With her eyes closed, it was as if there was nothing but the presence of his body, pressed against hers, firm and nervous with energy.

Then she fell on her back again, with Taylor's hands sinking into the bed on either side of her shoulders and his thighs straddling her. Her feet shuffled against the sheets. One of her socks was still on. Taylor lifted his head and gave her a sheepish grin. "Sorry. Just excited," he said.

While the two of them held back for a moment, their bodies weren't interested in waiting. His hips pressed against hers, grinding his boxers against her panties.

With one hand splayed against the bed and her chest heaving lightly, Anna panted, "Same." After a few moments, she had enough breath to add, "Just wanted to tell you, I'm...part cow."

Taylor laughed and leaned back, putting more weight on his knees. "Like a toon?" he asked.

"Yeah. My grandpa was a bull. Is—" She swallowed and arched her hips. "Is that all right?" 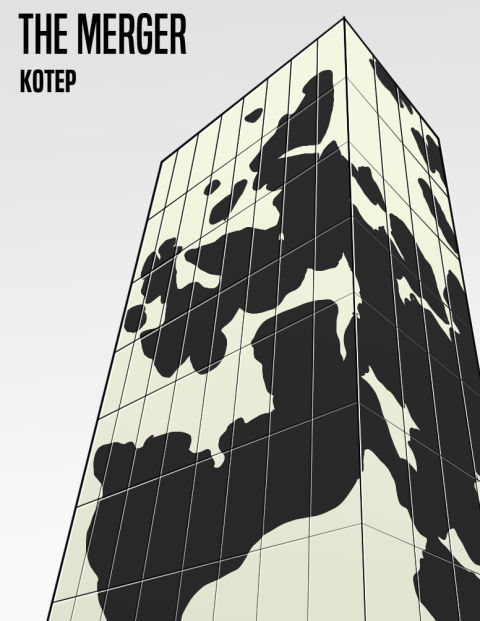 Billy gets stuffed into a Bully Charger mascot suit and has to find help before the suit takes over.

It was the night of the fall dance and Billy was on the floor of the supply closet with a knee in his spine.

"Quit wiggling, you dweeb," said Ryan. He grabbed Billy's left wrist and cranked it behind his back. With his free hand, Ryan shoved a long glove onto Billy's left arm. Ryan was the absolute worst. He didn't just have confidence and good hair and a great jawline. He was also the only male cheerleader on the school team.

"Let go!" Billy shouted. He ground his chest against the floor. A layer of foam and synthetic blue-and-white fur separated him from the carpet. Ryan had already managed to wrestle the mascot's padded torso onto him.

This was all about Julie. Ryan didn't even have to say her name; Billy knew it. To Billy, Julie was the prettiest girl in the school, with blonde hair kept back in a ponytail and a big, bright smile. Through some insane stroke of luck, he'd made friends with her. Julie was a cheerleader too, though. That meant that, every day, she spent time with Ryan during practice. Billy was sure Ryan wanted to date her, as sure as he was that Ryan was jealous of what he and Julie had. Or, well. What they could have. Billy hadn't asked her out yet. He was going to do it at the dance tonight, he'd told himself for weeks.

A bull buys a swimsuit that turns him into a cow, though he's less put out by that than you might expect. Explicit.

Beau tapped his hoof-fingers on the counter, waiting while the clerk rummaged through the back room. Every minute spent shopping for a swimsuit was another minute he wasn't spending at the pool, getting appreciated for his hard-earned body. The shaggy-haired Highland bull was in the market for a new swimsuit because his old one just couldn't stand up to the strength of his squats.

The winged human came back from the back, holding a folded-up piece of black, satiny fabric. With a flick of her hands, she unfurled it theatrically, holding up the black one-piece. It was almost like a singlet--no, more like a woman's one-piece swimsuit. In fact, that seemed to be exactly what it was: low neckline, coming to a point in the crotch, showing off the hips.

"That's a girl's swimsuit," Beau said. He folded his arms on top of his thick chest, then spared a hand to swipe the overgrown bangs out of his eyes.